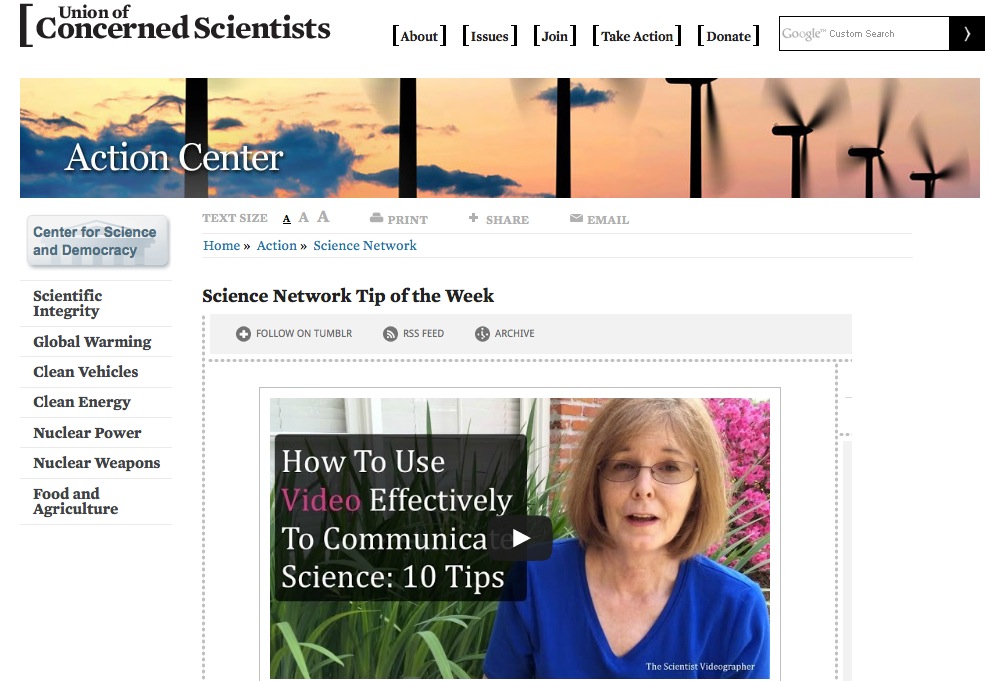 A video tip I created is being featured on the Union of Concerned Scientists website this week. They have a great series called “Science Network Tip of the Week”, which features useful suggestions for communicating science effectively. They also provide additional resources such as workshops, videos, publications and web tools for scientists who wish to make a difference through science communication.

Video is a powerful tool for science communication, but many scientists don’t know where to begin when they first try to make a science video. Or, they make common mistakes that could be easily avoided. I’ve created a series of tutorials and tips to guide the novice and, of course, wrote a book that covers all the basics in great detail. However, sometimes, people just need a short, simple set of steps to guide them in their first video project.

Consequently, I created a brief video, which covers ten points to keep in mind when making a science video. You can watch the video at the link given above or below: