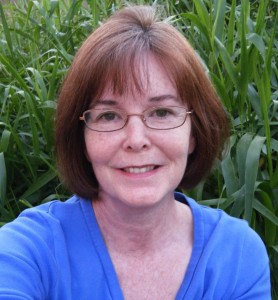 Dr. Karen McKee is a scientist with forty years of research experience. Her educational training includes a B.S. in zoology and a M.S. and a Ph.D. in botany. She has studied various aspects of wetlands, more recently focusing on global change effects of elevated carbon dioxide, climate change, and rising sea level. Her research has spanned multiple international locations, including the U.S., Canada, Mexico, Belize, Panama, Honduras, Brazil, The Netherlands, Denmark, China, Australia, and New Zealand. Dr. McKee’s research has been published in over 100 peer-reviewed journal articles and book chapters. She is a frequent invited speaker at international conferences and has delivered more than 150 technical presentations and seminars. Dr. McKee is co-founder and trustee of The Wetland Foundation, a non-profit organization that provides travel grants to students of wetland science. She has produced several peer-reviewed videos that describe her research as well as topics of general interest such as climate change, sea-level rise, hurricanes, and large river deltas. Dr. McKee has actively promoted science communication by scientists and worked to encourage more scientists and science students to acquire better multimedia skills. To this end, she has produced many free tutorials to train scientists in the use of video for science communication and hosts a video blog, The Scientist Videographer, where she provides additional advice and 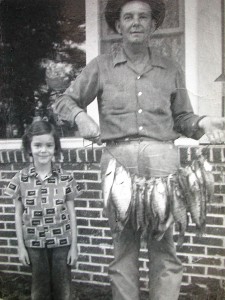 information. Her ebook, The Scientist Videographer, is the culmination of years of experience as a science communicator.

In addition to science and videography, she also enjoys painting, fishing, hiking, and botanizing.

When I first began making videos in 2008 about my scientific research (published on the U.S. Geological Survey’s YouTube Channel), my objective was to more widely report the findings of my projects and to help advertise my journal articles. For example, the video “Chasing the Mud” was designed to explain how I and colleagues studied the effects of the historic 2011 Mississippi River flood and to summarize the results of our paper published in Nature Geoscience. When I was interviewed by a news agency about the paper, I provided the link to the video, which the journalist then embedded in the news article. The video, which has had almost 12,000 views, thus served to augment the academic article in a format that was more accessible to the general public.

However, beyond reporting the results of our study, that video also featured the unique wetlands we visited during our sampling surveys and showed how we used a helicopter to access remote study sites in the Mississippi River Delta Complex. In later videos, such as this one about a study conducted in mangrove forests in Belize, I often emphasized my experiences doing fieldwork and the methods required. In other words, these videos showed the viewer how science gets done and some of the interesting places where scientists work.

Since those early videos, I’ve tried to encourage colleagues to make videos highlighting interesting aspects of their work and to avoid boring the viewer with a lot of data. Another point is that you can make a video about your work even before the final results are in or before you publish the paper. For example, you can make a video about why your research is important to society, to describe your field of research, obstacles you’ve overcome, your unique research setting or methods, or to overturn stereotypes about scientists. All such videos can be done without research results and are likely to be more interesting to the average viewer.

A recent essay and video illustrate my point nicely. Adrian Smith, who studies ants, filmed himself being bitten. In the video (see below), he basically answered the question as to whether it would hurt to be bitten by a trap-jaw ant, which can shut its jaws “faster than almost any other recorded animal movement”. In the essay, Smith said that this experience changed his outlook on communicating science. He realized that, by mainly focusing on conveying the results of scientific endeavors, he had missed opportunities to tell more compelling stories about his experiences doing science. By emphasizing a fascinating observation or answering a question that viewers might have, it’s possible to reach a wider audience and interest them in your research topic. His video below shows an example of this approach.

You, too, can take advantage of this approach and make a video about an interesting or inspiring aspect of your scientific research. Below, I repeat a list of suggested topics to use as the focus of a brief video.