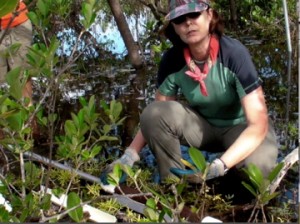 I’m a scientist who has discovered the value of using video to show how I conduct research, to illustrate my methods, and to explain science concepts. I’ve spent the last forty years conducting research and using traditional outlets to report my work: technical reports, journal articles, book chapters, and conference presentations. These activities were necessary for building a science career, but the products were seen by only a few scientists and students interested in the specific topic of my research.

About ten years ago, I began noticing that there were lots of videos about scientific topics on YouTube and similar sites created by non-scientists—some good and some not so good.  The second thing I noticed was that many of these videos—even the silly, inaccurate, poorly produced ones—had been viewed by, in some cases, millions of people. By comparison, my journal articles had been read by a handful of people. I also noticed that scientific journals were creating videos and podcasts to supplement written articles and were asking authors to submit their own videos to illustrate their work. I also saw that a few scientists and students were starting science blogs in which they talked informally about a science topic, and some included videos to illustrate the concepts they were blogging about. 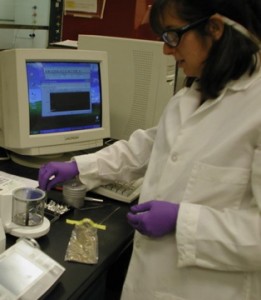 And it occurred to me that things were changing rapidly in science communication, but many scientists were not keeping up with these changes. At the same time, I was being told by the government agency I worked for that in addition to technical publications, I should be providing more science information to non-scientists. My first reaction was that I didn’t have time to do outreach and also meet my scientific goals. I also didn’t have a clue about making videos or setting up a blog.

But then I realized that by becoming more proficient in science communication, particularly with multimedia tools, that I would be in a position to share my research more broadly, raise my online profile, and keep up with the changes in electronic publishing and reader expectations for media-rich content. I saw that to be competitive in the future, a scientist would need not only new skills in multimedia but a new attitude toward science communication.

In 2008 I decided to explore video as a means of sharing my scientific knowledge with a global audience. I began filming my scientific fieldwork and, after learning the basics of movie-editing, started using that footage to produce videos about my research and that of colleagues.

After some trial and error, I was able to publish, through my science agency, a series of science videos. I began getting lots of feedback from viewers and saw that my videos were being linked to by various science organizations and individuals.

In 2012, I set up this website (and a video channel) in which I could more easily share my video-making experiences and insights with other scientists and students. To date, I’ve produced eight peer-reviewed science videos and over 100 video tutorials showing how to plan, shoot, and edit a video to deliver a science message, as well as reviews of equipment. In 2013, I published an eBook, The Scientist Videographer, which is an interactive guidebook to videography for scientists. In 2014, I began teaching video-making workshops and webinars for colleagues and students. Through these activities, I hope to encourage other scientists and students to use video to share their knowledge with the world.

Dr. Karen L. McKee is a Scientist Emeritus (retired) with a U.S. science agency and an adjunct faculty member in the Department of Oceanography and Coastal Sciences at Louisiana State University. She received both a master’s degree and doctorate in botany and conducted research in the field of wetland plant ecology for forty years. While working for the U.S. government, she studied the effects of elevated CO2, sea-level rise, and hurricanes on wetlands in the Mississippi River Delta (Louisiana, USA) as well as in other wetlands around the world. Her work has been published in over 100 peer-reviewed journal articles and book chapters. Dr. McKee also has produced several peer-reviewed videos that describe her research and other topics of general interest such as climate change and large river deltas. She authored the book, The Scientist Videographer, which promotes science communication by teaching scientists and students how to use video to tell their science stories. In addition, she is co-founder and trustee of a non-profit organization, The Wetland Foundation, which provides travel grants to students in wetland science to attend conferences and conduct field studies.

In the sixth and final video in our series (Eric and Karen Talk about DIY Science Videos), we focus on key ingredients for a successful science video: